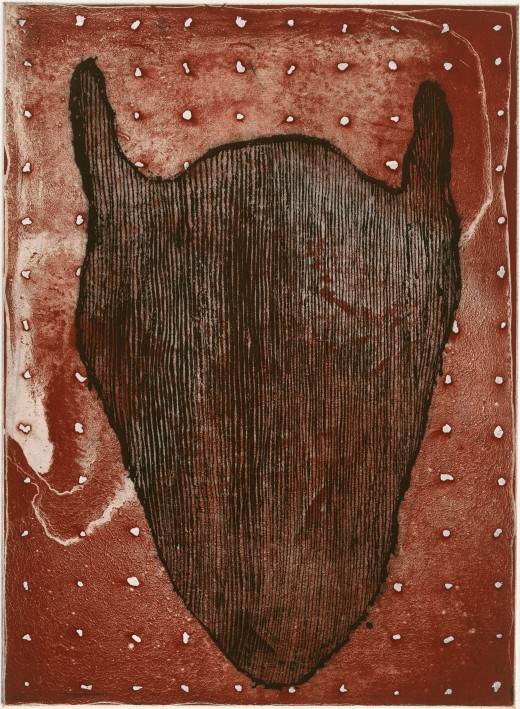 Wurreka is the name of the magnificent fifty-metre etched zinc wall installed inside the Melbourne Museum, marking the entrance to Bunjilaka, the Aboriginal Centre at the Museum.

Australian Print Workshop was commissioned by Museum Victoria in 2000 to collaborate with First People's artist, Judy Watson on the production of Wurreka – an 50 metre long, etched zinc wall. At the time, this was the largest commission of its kind to be undertaken in Australia.

The Artist’s brief was to develop a design for the zinc wall that drew on the Museum’s First peoples collections, embodying a sense of the distinct traditions associated with Aboriginal First Peoples' and culture in south eastern Australia but also carrying a powerful contemporary message celebrating the vitality and strength of First Peoples' culture in Victoria today.

Judy describes the zinc wall as having ‘a fluid dreamlike quality – with objects floating through it as though on the edge of memory. It’s about survival, resilience, resistance and strength’.

The concept for the zinc wall was developed by Melbourne Museum architects Denton Corker Marshall in consultation with the Museum’s Aboriginal Cultural Heritage Advisory Committee.

This monumental work was a focus of the opening ceremony for Melbourne Museum and was also a feature at the Federation celebrations held in 2001.

Limited edition prints by Judy Watson are available through the Australian Print Workshop Gallery and online through the Printstore.