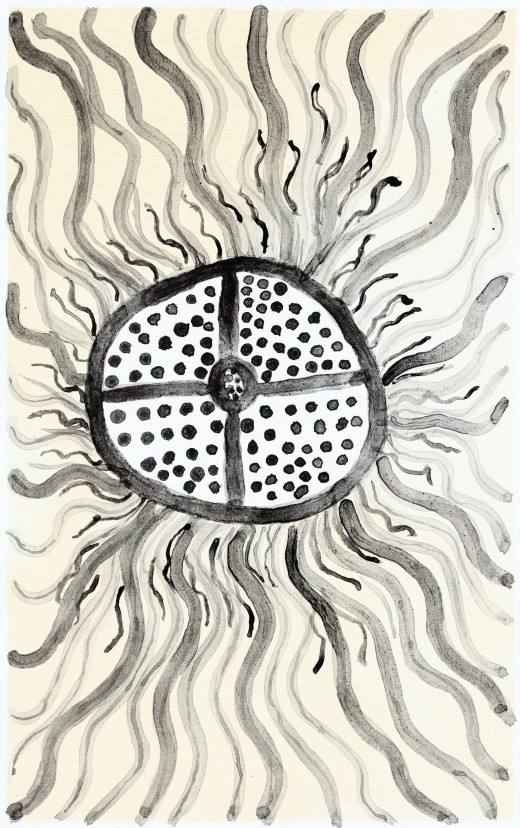 Australian Print Workshop (APW) was excited to return Injalak Arts (located in Gunbalanya, a small community situated on the western border of Arnhem Land in the Northern Territory) earlier this year, to work with their talented artists on a series of new lithographs. Building on APW’s long-standing relationship with Injalak Arts and the many artists that it supports, this project facilitated APW’s first visit back to the community in more than 20 years.

APW is very proud to present this powerful suite of twelve original limited-edition lithographs that were produced as a result of this collaborative printmaking project.

"A painting has been there, it's always been there, but now it's faded, we go over it again to make it stronger. Following the shadow of that painting, tracing that painting's shadow, will always be there, on that rock.” Gabriel Maralngurra

Reflecting on the ancient rock art galleries across West Arnhem land that have inspired Kunwinjku artists for generations - of stories passed down through family and culture. As the exposure to the elements age those paintings over time, some become faded and weathered but Kunwinjku people know that story is still there and will always be there. 'Kawaraldi' tells of those faded painting's shadows, saying that even though the painting has faded, its shadow will always tell its story. People will trace over those paintings to keep the painting there, using the faded painting's shadow on the rock as a guide to trace - in order for those stories to be shared for generations to come.

After the APW printmaking workshop, Gabriel Maralngurra, one of Injalak's co-founding members and renowned artists, expressed that the printing process reminded him of those faded painting's shadows on the rocks. Tracing out those old stories and giving them a fresh new look but with new materials.

"It's always important painting our stories with new materials, in the hope those stories can keep being shared in new ways, just as the next generations retrace those old rock paintings so the new generation of young ones can see and learn from them just as we did.” Gabriel Maralngurra

Australian Print Workshop Gallery is fully wheelchair accessible.
A designated disabled parking space is located on Gertrude Street, just a few doors away from the APW Gallery main entrance.
No need to call ahead, just come on in.

Australian Print Workshop acknowledges the Traditional Owners as the custodians of this land, recognising their connection to land, waters and community.
We pay our respects to Australia's First Peoples, and to their Elders, past, present and future.