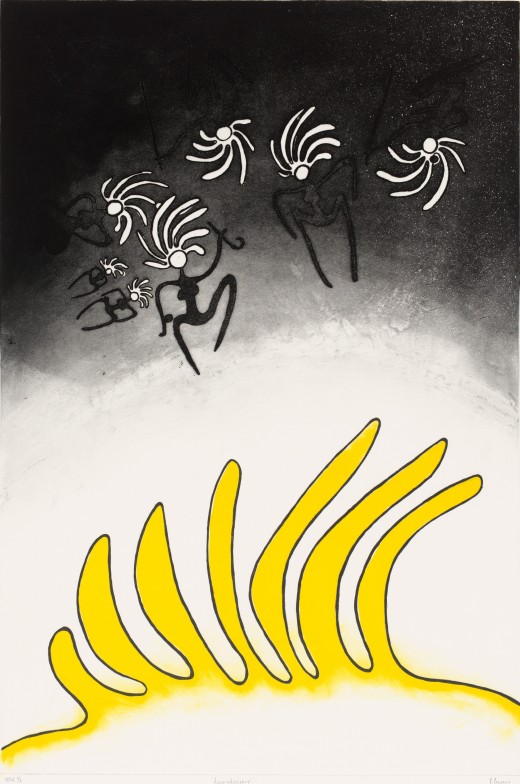 It is tradition for countries taking up the Presidency to give gifts to Council Members which reflect something unique about their country. The commissioned works were intended to be hung in the Missions and Embassies of the 14 member countries.

Vicki Couzens is a highly respected First Peoples artist whose work encompasses printmaking painting, sculpture and public art. She is a descendant of the Kirrae Wurrong/Gunditjmara clan from Western Victoria.

APW printers worked with Vicki to produce an original limited edition fine art etching. Vicki’s etching titled ‘tambawan’ was a symbolic representation of a meeting place, which reflected the idea of the UN Security Council as a meeting place for the maintenance of international peace and security.