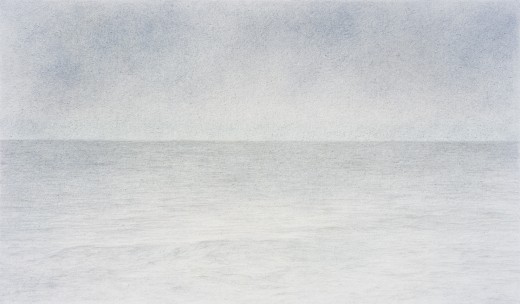 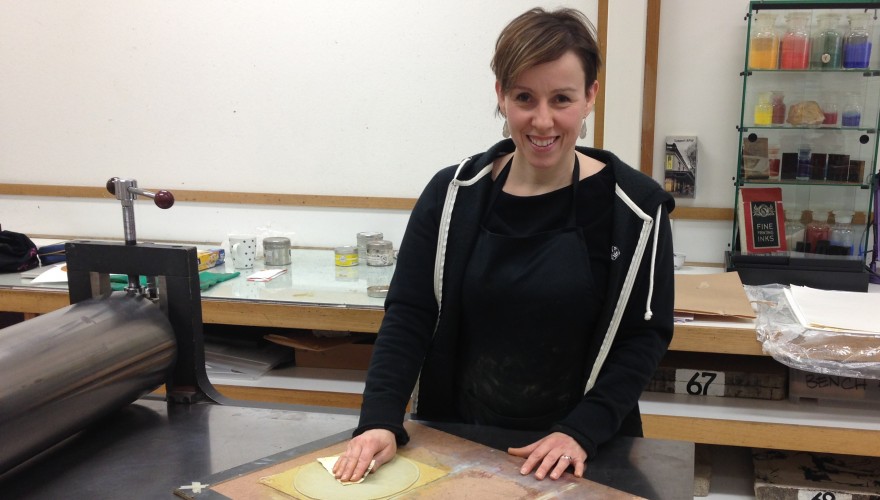 As the recipient of the 2017 APW John Denton Print Award, Clare undertook a print-based project that explored perceptual flux in relation to the Moon. In preparation for her project at APW, Clare observed and documented the moonrise for 16 days, from the Micromoon on June 9th to the Supermoon on June 24th 2017, whilst undertaking an artist-in-residency at the Fremantle Arts Centre in Western Australia. Clare’s observations mapped perceived shifts in the Moon’s size and luminance as it moved from its most remote to its closest position from Earth, whilst gradually slipping into shadow on its elliptical course. Drawing from these observations Clare produced a series of atmospheric relief prints at APW. The series investigated the difficulty of gaining a perceptual ‘fix’ on the Moon as it oscillates between closeness and distance, and even appears to bring distance near.

Dr Clare Humphries is a print-based artist who lived and worked in Melbourne until moving to the UK in early 2018. Clare’s work is represented in many public collections including the National Gallery of Australia, the State Library of Victoria, Geelong Gallery and Grafton Regional Art Gallery. She has received numerous awards and commissions including the 2014 Silk Cut Award for Linocut Prints, a 2010 Print Council of Australia Commission, an acquisition prize at the 2010 Fremantle Print Award and an APW Collie Print Trust Scholarship for Emerging Victorian Printmakers in 2007. Clare was a lecturer in Drawing and Printmaking at the Victorian College the Arts (The University of Melbourne) and sat on the committee of the Print Council of Australia until late 2017.

Established in appreciation of John Denton’s significant contribution to APW and contemporary Australian printmaking, this Award marks John’s retirement after 20 years of service on the APW Board.