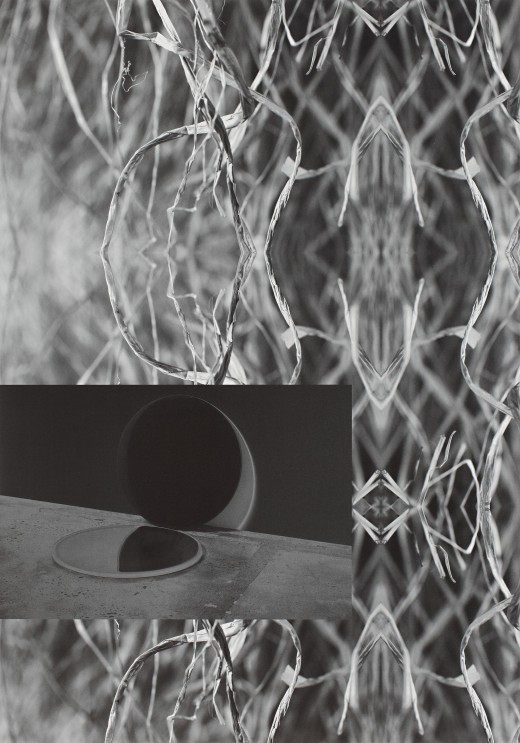 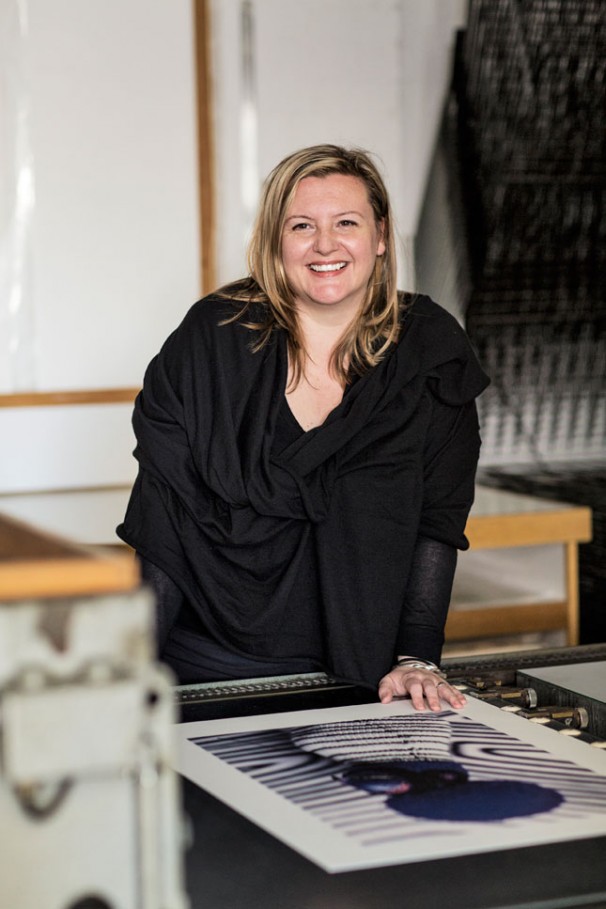 In this series of prints, Louise Weaver's evident interest in the myriad overlaps between art, science and natural phenomena are playfully explored. Throughout these works, similar subject matter is reconfigured using a combination of printmaking techniques including monotype, etching, and photolithography. Variations on the same image taken from Weaver's sculptural installation, Taking a Chance on Love, provide the backdrop for the appearance of other phenomena. We catch glimpses of diagrams depicting aerodynamics, the movement of sound and astronomical charts, coinciding with elements of imagination.

The two photolithographs Night Garden I and II essentially show an identical scene, only the second one is darker, as if captured at nighttime. In these uncannily accurate prints we see the crocheted surface of the branch and the padded polyester blossoms at close range.

This blossom motif occurs repeatedly, as does the butterfly, which flies from one work to another. Made by an industrial process involving high frequency sound waves, which cuts and heat-seals them, the blossoms' origins are tangentially referenced by sound diagrams in Diagram for an acoustic island. Since Weaver often employs sound as an accompaniment to her sculptural installations, as a way of creating a particular atmosphere, it seems appropriate that the aural dimension is also referenced, however obliquely.

Diagram for an acoustic island shows an unusual, perspectivally rendered mathematical shape on the bottom left, representing the way sound exits an acoustic guitar. At once, this model is a technical map of sound and a mysterious sculptural form that seems to emanate other spiral shapes into the ether. Above it a tree of blossoms made from sound waves leans outwards, spreading in a deliberately distorted way across the page, like fuzzy tattoos on skin. A lightning-bolt strikes at the rear of the composition, adding another flash of the unexpected.

In phantom cloud the familiar blossom branch is accompanied by what appears to be a floating cloud, which actually began as a shell. Reduced to its bare outline, through the manipulation of its digital image and translation into printed lines, the shell becomes something unidentifiable and suggestively nebulous. Using the same technique, the outline of a once-real butterfly hovers nearby, about to alight on a woven perch. In this way, these objects from nature leave their shadows behind as fleeting sense impressions.

As this exquisite set of prints reveals, Weaver is in the practice of describing evanescent, intangible things, which are normally invisible to us. Here she is traversing aspects of her sculptural work, circling continuously around a single point. While confined to two dimensions in this series, multiple aspects of her practice are inevitably given shape within the strictly registered frame of each print. Preoccupied with the layering of the 'real' and impressions of it, Weaver attempts to give form to abstract phenomena, effecting a magical transposition of objects from the natural world into whimsical landscapes of the mind. 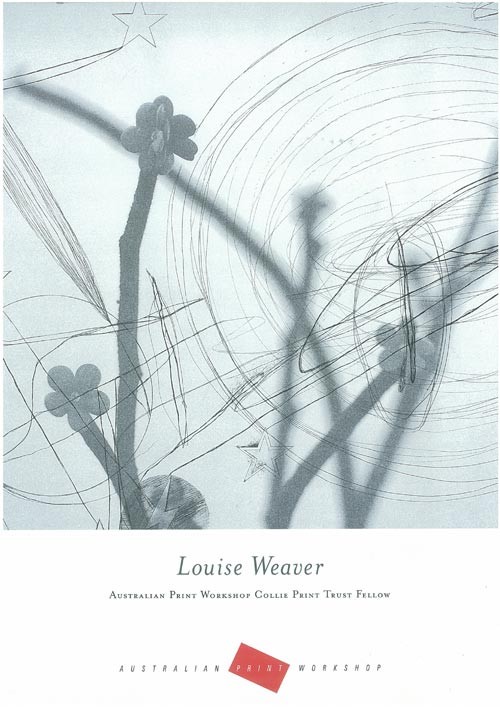