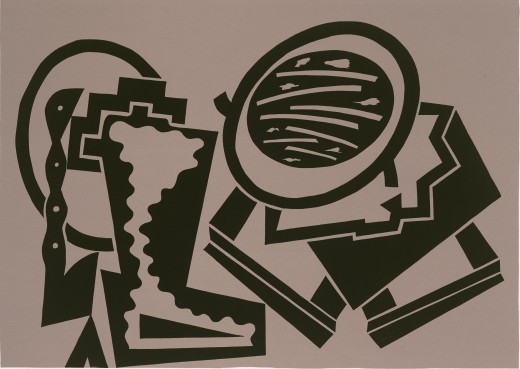 The APW George Collie Memorial Award is a prestigious annual award established to acknowledge and celebrate Artists who have made significant and enduring contributions to the field of Australian Printmaking. 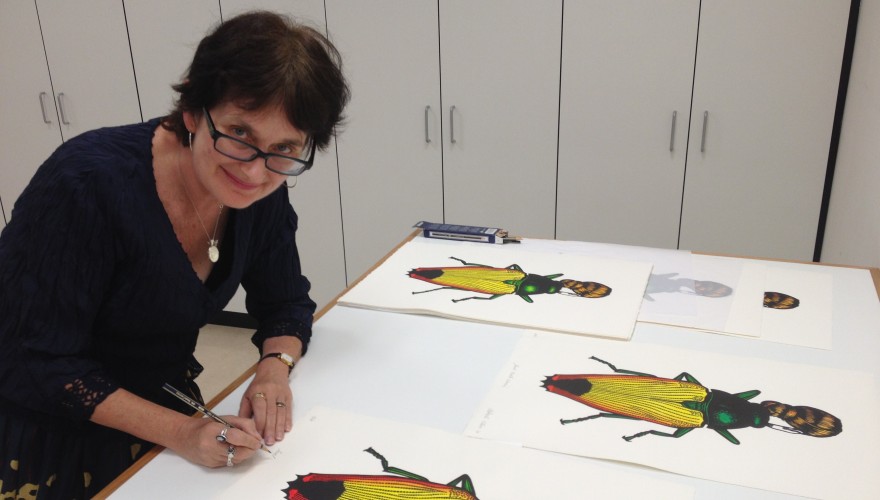 Deborah Klein signing her prints at APW in 2014 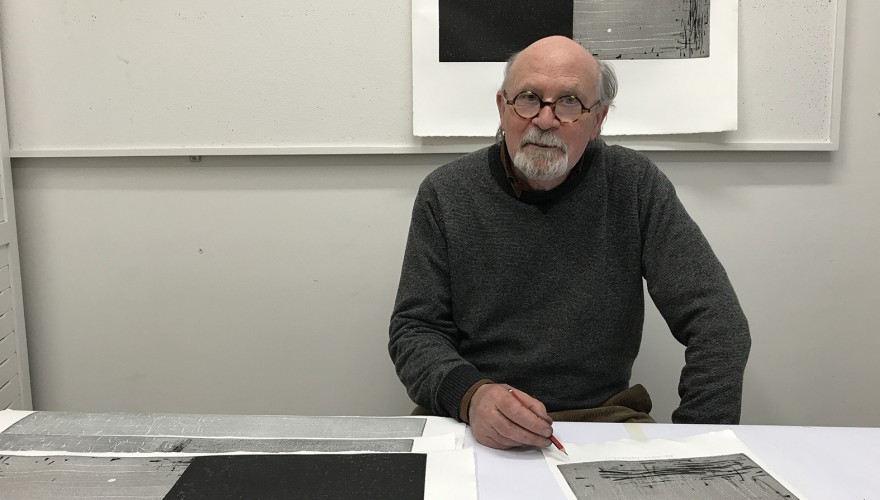 Kevin Lincoln signing his etching 'The Moon Reflected' at APW 2019 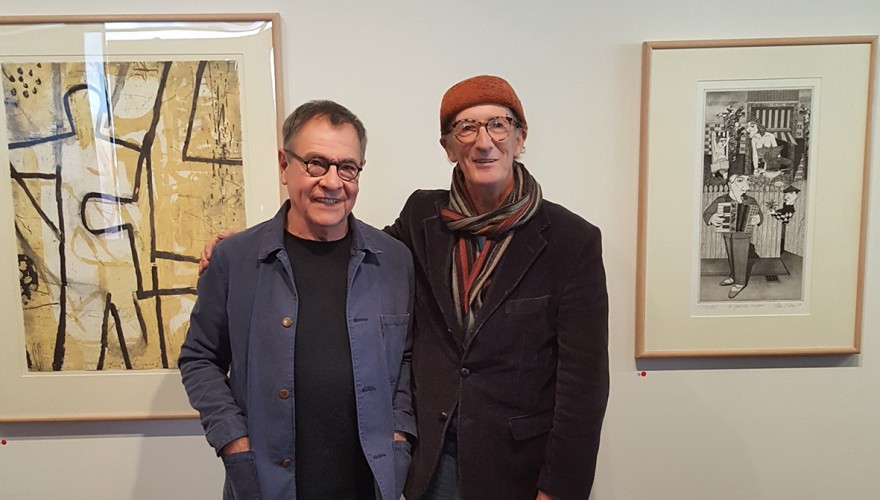 Euan Heng and Graham Fransella at the Award presentation 2018 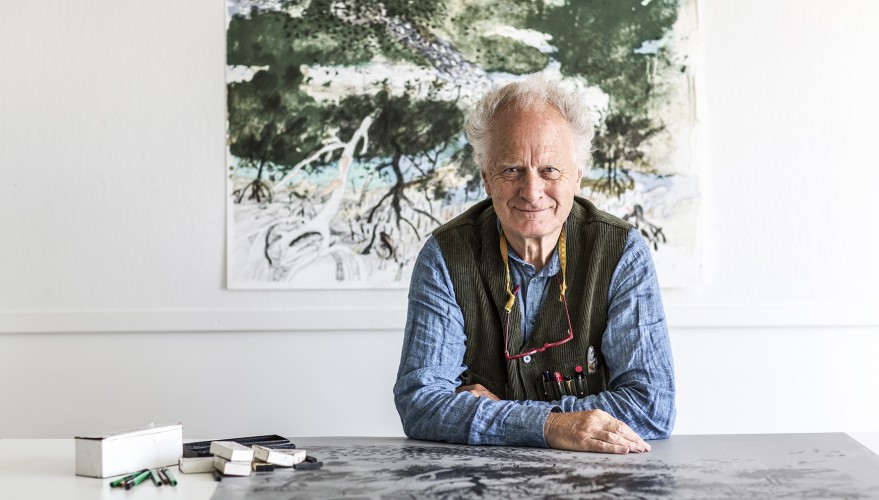 John Wolseley at APW in 2012 (photography by Vincent Long) 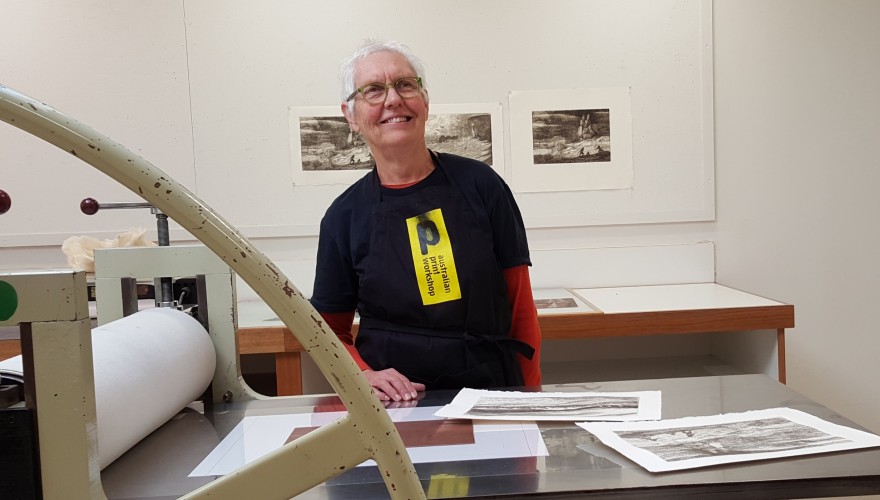 Jennifer Marshall in the APW Studio, May 2016. 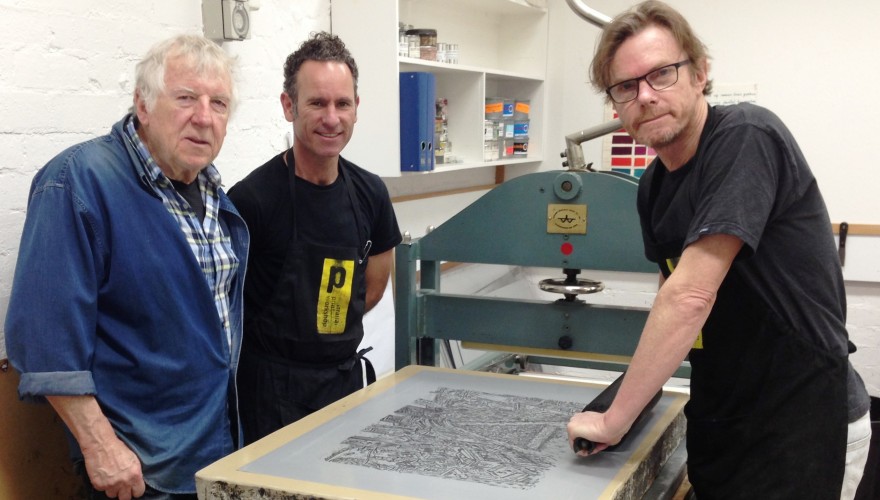 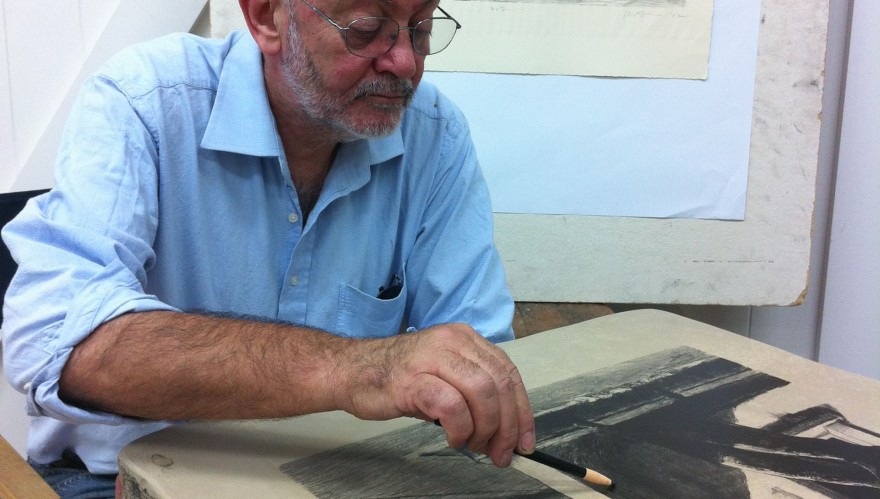 Rick Amor drawing on a lithographic stone in the APW studio, 2012 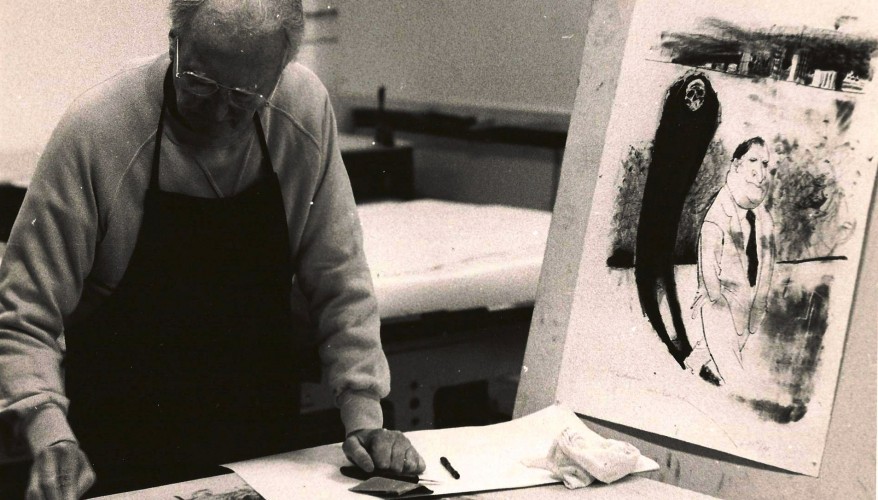 Noel Counihan working on his lithograph in the APW studio, 1986

A selection of limited edition fine art prints by artists who have been awarded the APW George Collie Memorial Award are available for purchase from the APW Gallery and online through the APW Printstore.