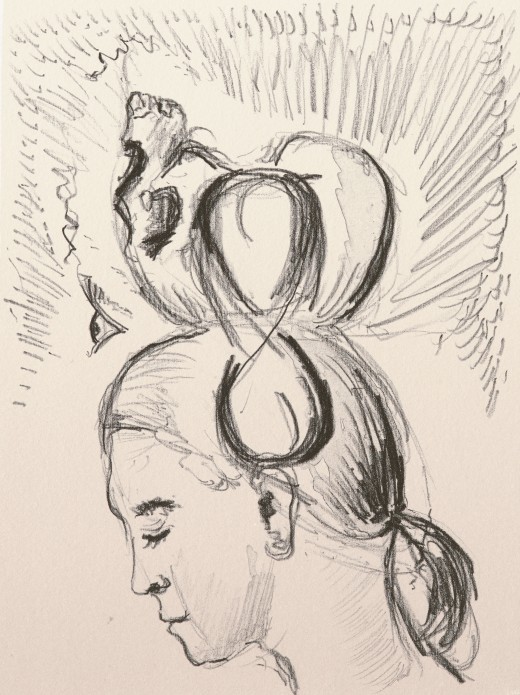 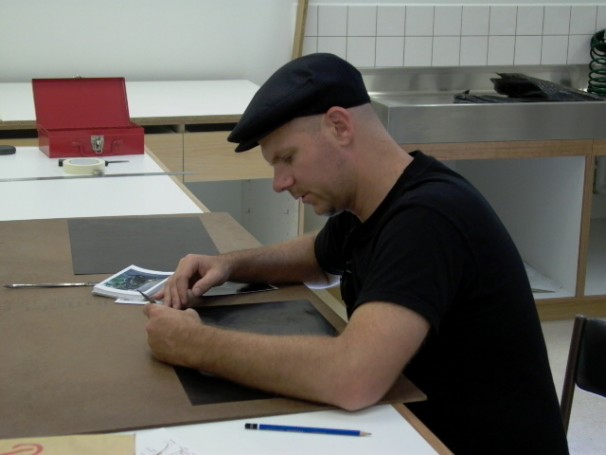 London-based Gladwell commenced his Collie Fellowship at APW in July 2014 (to coincide with his visit to Australia for the premier of a major dance work that he had choreographed).

Shaun Gladwell represented Australia at the 53rd Venice Biennale in 2008 and travelled to Afghanistan as the official Australian War Artist in 2009. His work is held in significant public and private collections nationally and internationally including; the Wadsworth Athenaeum (USA), Museum of Contemporary Art Tokyo, the Progressive Art Collection (USA), National Gallery of Australia (Canberra), Art Gallery of New South Wales (Sydney) and the Museum of Contemporary Art (Sydney).

During Shaun’s visit to APW, he worked in collaboration with APW Printers to produce a suite of seven lithographs based on his experience as Australia’s Official War Artist in Afghanistan. A title page and colophon were also produced for the suite of works that will be presented as a boxed set.

Shaun will return to APW to complete a second suite of lithographs.