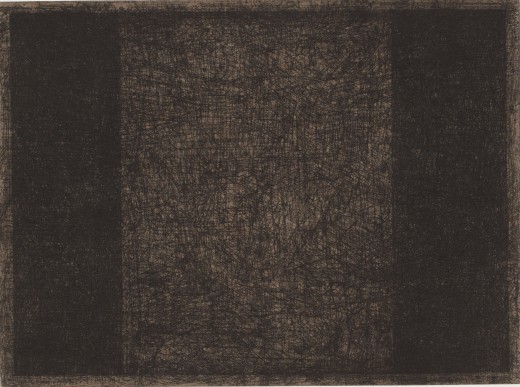 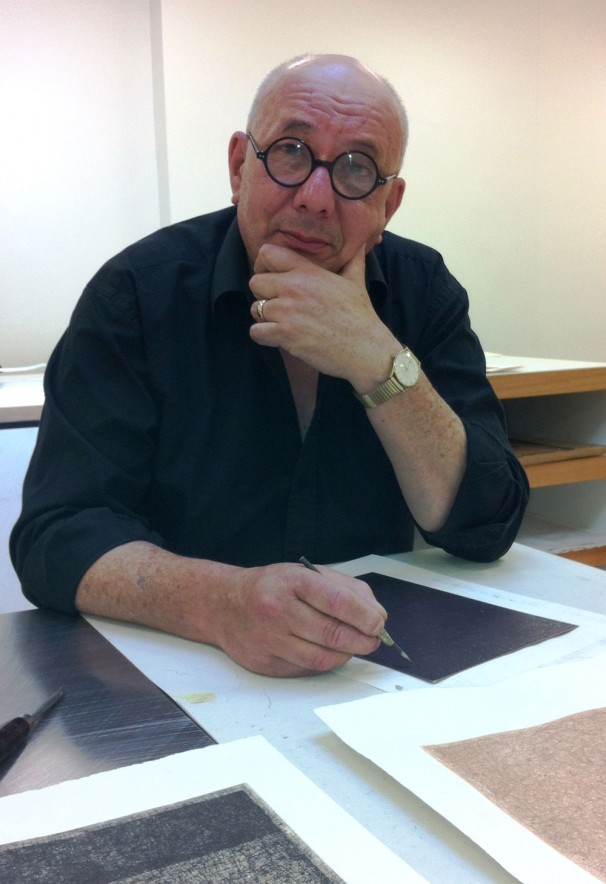 Allan Mitelman’s art has long tantalized both the viewer and the writer alike. This suite of twelve etchings, quintessentially Mitelman, is no exception. All are entirely abstract rectangles of inscrutable and exquisite appearance, palimpsests that evoke a myriad of things: much-used blackboards; traces in sand; eroded terrains; dark infinities of galaxies; immanence made manifest. All Untitled, these etchings construct a universe as resistant to language as is the experience of music.

Their very resistance to naming provokes speculation of a more philosophical nature - as though Mitelman’s refusal of mimesis might propose the Ancients’ idea of cosmos before it was shaped by divine decree. Equally, these intense, elusive works might be perceived as projecting the contradictory desires for both oblivion and presence.

Though the artist would probably be shy of such a proposal, it seems his works propose both the palpable, immediate sensuality of art and its mysterious capacity to invite meaning. His art is an invitation to slow contemplation, to looking-as-discovery. The experience of looking, of imaginative and sensual engagement is essentially private - and as interior as is the process of making for the artist.

Meaning is something the viewer attributes or brings to works of art. It is constructed out of our own experience and mediated by a complex repertoire of both visible clues and subtle cultural conventions. In the absence of discernable likenesses to either the visible world or our socially mediated signs and symbols, we must seek meanings deeper in the layers of our experience.

Amidst the plethora of fine lines, of elusive dots and nuanced layering, the attentive eye can enter stealthily, tentatively - as though into a secret garden, or perhaps a labyrinth of sorts - into a private world, as much one’s own as the artist’s. Notice how Mitelman invariably interposes a quiet geometry into or against the infinity and apparent formlessness. Infinity contained, perhaps? Or, in T. S. Eliot’s much quoted words from Four Quartets, “At the still point of the turning world. Neither flesh nor fleshless; Neither from nor towards; at the still point, there the dance is.”
Paradoxically, both stillness and perpetual motion reside in the experience of looking at these enigmatic images.

Mitelman quotes Chagall’s advice “I work in whatever medium likes me at the moment” – and is inclined to add the rejoinder, “Printmaking is so forgiving”. Maybe. But the truth is that the marvellous alchemy of etched, bitten, inked and printed line has long been a playground in which Mitelman has been at ease and from which delight he has created an entire universe.

A selection of original limited edition fine art prints by APW Collie Print Trust Printmaking Fellowship recipients, produced in collaboration with Australian Print Workshop, are available for purchase from the APW Gallery and online through the APW Printstore. 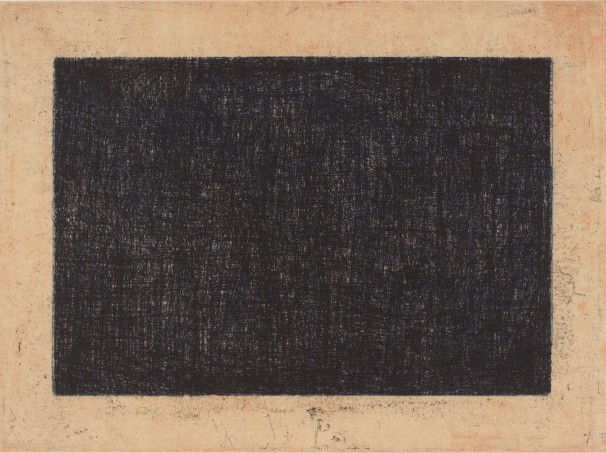