Deborah Klein I Wished on the Moon $850 AUD 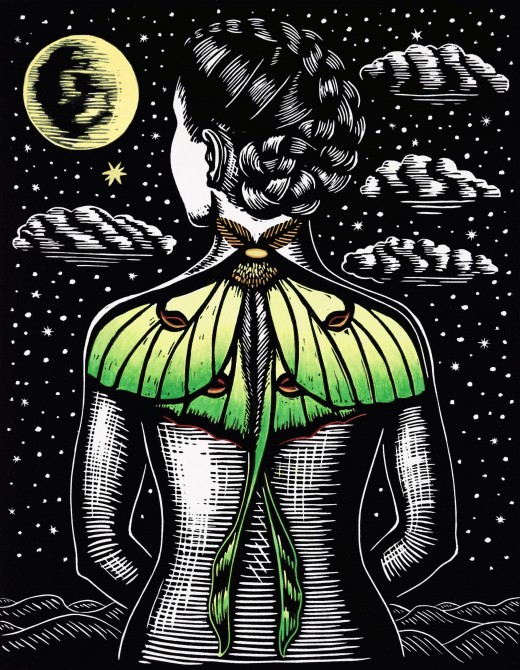 Deborah Klein
I Wished on the Moon
$850 AUD

The APW George Collie Memorial Award is a prestigious annual award established to acknowledge and celebrate Artists who have made a significant contribution to the field of Australian Printmaking. This exhibition pays homage to the extraordinary work of these important women artists and the profound contribution each has made to Australian art.

Barbara Hanrahan (1939-1991) is remembered as one of Australia’s most highly esteemed printmakers, writers and educators. She began printmaking in 1960, experimenting with printing techniques such as screen printing, etching, relief printing, woodblocks and linocuts. She was a member of the Australian Women’s Art Movement and the Australian Women's Art Register. Although she was based in Adelaide, Hanrahan visited APW on several occasions and produced 25 editions of etchings, lithographs, and relief prints in the APW print studios.

Deborah Klein is one of Australia’s leading contemporary artists / printmakers, specialising in the field of relief printing. Her practice encompasses painting, drawing, printmaking and book art. She has exhibited regularly since 1987 and was the subject of a major survey exhibition, ‘Deborah Klein: Out of the Past 1995-2007’, which toured to Castlemaine Art Gallery, the Art Gallery of Ballarat, Warrnambool Art Gallery, and Deakin University Art Gallery in 2008. Her work is represented in numerous public collections. In 2009 Klein founded Moth Woman Press, through which she continues to publish limited-edition books and zines. Klein has a long history with APW, having produced 55 editions of relief prints in the APW print studios since 1990.

Hertha Kluge-Pott is a long-established and highly regarded printmaker. Since her arrival in Australia from Germany in 1958, Kluge-Pott has devoted herself to a career in printmaking, both as an artist and educator. She was a pivotal figure in the resurgence of Australian printmaking in the 1950s and 1960s. She established a workshop in Melbourne at the Melbourne State College in 1968 where she taught until 1978, lectured at RMIT between 1979 and 1994, and at the Victorian College of the Arts in 1995. Kluge-Pott was a foundation member of the Print Council of Australia and an APW committee member in the 1980s. Her work is represented in all of Australia’s significant public art collections and institutions.

Ann Newmarch OAM (1945-2022) was a celebrated and highly influential feminist, activist, artist, and educator who consistently pushed the boundaries of the print medium to develop an accessible art form. Newmarch was a co-founder of the politically active Progressive Art Movement (PAM) in 1974, where she produced political posters, and, in 1976, of the Adelaide Women’s Art Movement where she continued to make art about social issues. She was the first woman artist to be subject of a major retrospective at the Art Gallery of South Australia in 1997. She was awarded a Medal of the Order of Australia for her services to the Arts in 1989 and her work is held by all major public and private collections in Australia.

Australian Print Workshop Gallery is fully wheelchair accessible.
A designated disabled parking space is located on Gertrude Street, just a few doors away from the APW Gallery main entrance.
No need to call ahead, just come on in.

Australian Print Workshop acknowledges the Traditional Owners as the custodians of this land, recognising their connection to land, waters and community.
We pay our respects to Australia's First Peoples, and to their Elders, past, present and future.